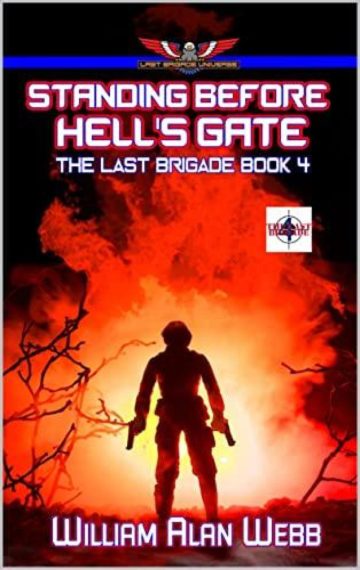 It was all going so well for Nick Angriff and the 7th Cavalry… until it wasn’t.

When Angriff awakened in a world where America no longer existed, he vowed to resurrect his beloved country. Put in command of Operation Overtime and all U.S. forces in the post-American world, he assumed that everyone under his command wanted the same thing.

But he was wrong. And now the forces arrayed against him have the power to crush freedom once and for all.

With all of the twists, turns, deceptions, and action you’ve come to expect from a series that one reviewer called “the best I’ve ever read,” Standing Before Hell’s Gate begins the Showdown Trilogy, where Nick confronts his enemies in a final fight for control of Operation Overtime, while the rebirth of the American Republic hangs in the balance.