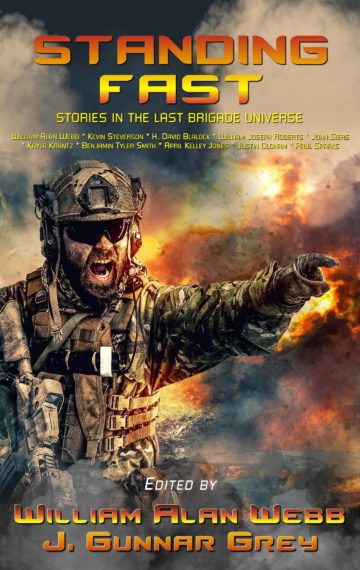 New voices and new stories emerge in the first ever anthology of the Last Brigade Universe.

Between the Collapse of America and the activation of Operation Overtime, lived heroes who kept alive the idea of freedom by standing fast against evil wherever they found it. They wouldn’t have called themselves heroes, they were simply people who knew right from wrong and acted on those beliefs, but of course, that’s the definition of heroism.

The stories here represent a cross-section of survivors of the world’s greatest civilization, represented by unforgettable characters who are right at home alongside Nick Angriff and Green Ghost. Find out how the Angriff family got their surname, what happened in Alaska after the nuke went off, and what happened when a group of disarmed police officers decided that chaos wasn’t their style. There are soldiers trying to get home, a dreamer wondering why the stars still look the same, and an old man who mastered the craft of gunsmithing, and used it to save his granddaughter.