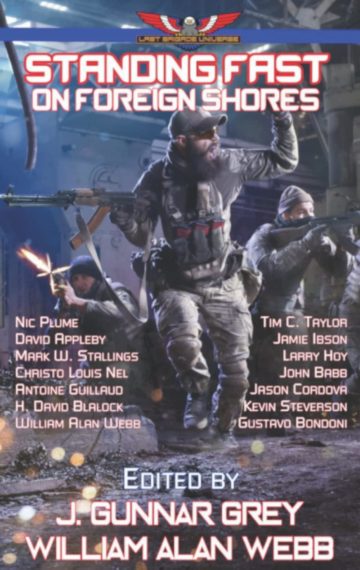 $4.99Read A SampleRead The ReviewsSee The Full Series

Even with the coming of the Long Night, flickers of freedom remain as beacons in the darkness.

As long as the United States Constitution stood as a symbol of liberty and justice, worldwide authoritarians could never rest easy. The innate Human yearning to be free would forever threaten the iron heels under which they crushed their own people. Fueled by hatred of all that America stood for, the gathering of enemies who conspired to destroy her unwittingly unleashed a wave of worldwide destruction that engulfed their own nations. When America collapsed, most of the world crumbled with her.

In Europe, Asia, South America and Africa, invasion followed invasion, war followed war, leaving a broken world of ruin to those who are Standing Fast On Foreign Shores.