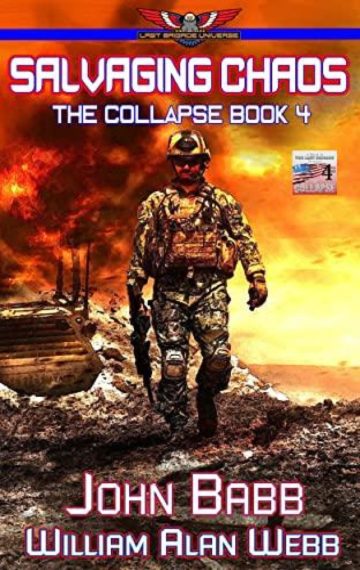 Not even heroes can work miracles.

For four long years, Early Johnson and Angela Martinelli led the fight as America slid farther and farther into the abyss of chaos. They fought to stop more nuclear terrorist attacks like the one that triggered America’s collapse, they fought biological attacks designed to wipe out survivors, and they fought the predatory human traffickers who swooped into the chaos to find new victims.

But no matter how hard they and their colleagues tried to stop The Collapse, and regardless of how much they struggled to hold together the fabric of American society, there were just too many enemies who saw their chance to destroy her once and for all. One thing about heroes, though… they never give up.

With America teetering on the brink of total dissolution, Early and Martinelli race to save what they can while they can. Along with a small band of friends, they are determined to preserve America by salvaging chaos, if not for them, then for future generations. And woe be unto anyone who tries to stop them.