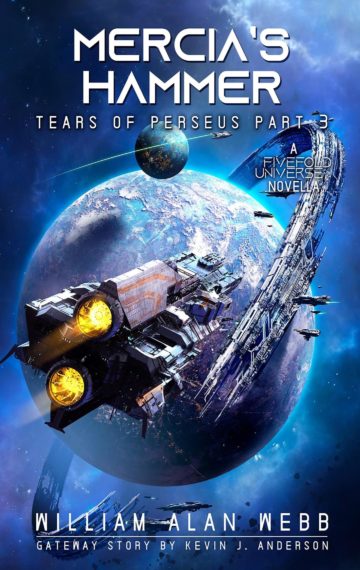 $2.99Buy NowRead A SampleSee The ReviewsSee The Full Series

Leave no man behind.

The rebellion is underway. Governor Mercia thought his new militia armory would pave the way to independence. Instead, Federal security forces dragged him and dozens of other secessionists to an undisclosed black site to rot. Worse, the corporation running the prison is experimenting on the inmates. But the Feds weren’t counting on the governor’s daughter.

It’s a race against time. Liana Mercia has assembled a team of the best operatives of a dozen worlds. She knows where her father was taken, and the prison break is underway. If they can reach her father in time, it could be the beginning of Perseid independence. If they fail, the warden’s experiments may spell the end of dissent for all of humanity.

Written by William Alan Webb, creator of the Last Brigade Universe and author of High Mountain Hunters, a Four Horsemen Universe novel, Mercia’s Hammer is a military sci-fi story about standing strong against the storm and the price of freedom.