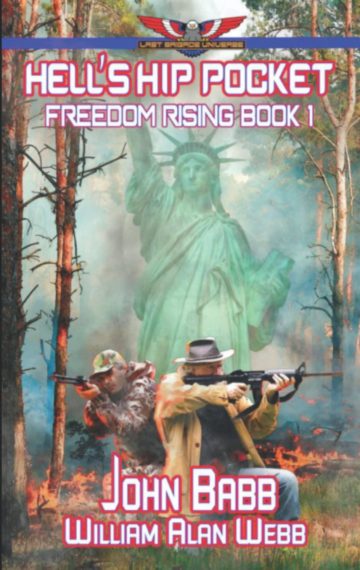 Even though America died, the American spirit lives on.

Fifty years after The Collapse, while the 7th Cavalry fights for its life in the old American Southwest, east of the Mississippi River the stirrings of exploration drive two men to head west across the ravaged landscape. Jase and Pard know that if remnants of American society survived in the hills of Eastern Tennessee and Western North Carolina, they had to live on elsewhere, too, and they set off on a journey to find a better life.

Accompanied by a select group of friends and family, they know hardships await. What they didn’t plan on was that if the best of humanity was still out there somewhere, so was the worst.