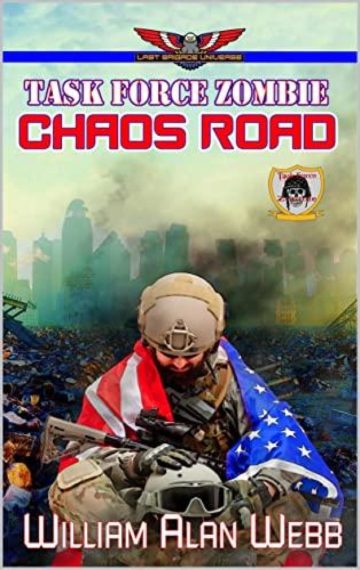 In the aftermath of the nuclear attack on America, Task Force Zombie prepares for war…until they learn a shocking secret about a man they thought was dead. Now the race is on across a crumbling America, to find a mountain in Arizona, and the base inside.

But the President’s heavy-handed declarations inflame an already catastrophic situation, while Tom Steeple does everything he can to prevent Task Force Zombie from reaching their destination. War threatens America on all fronts, even as blood runs in the streets.

The Zombies are the best of the best, but even they are hard-pressed to follow the Chaos Road.